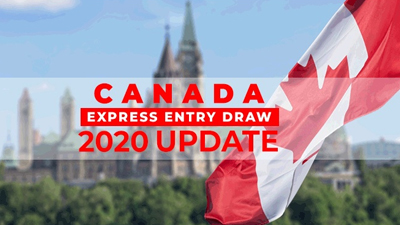 Express Entry draw figures for the December 23 draw are below.

In the December 23 Express Entry draw for immigration to Canada, 5,000 candidates will be issued an Invitation to Apply (ITA). The Comprehensive Ranking System (CRS) score cut-off threshold for this draw was 468 points. The tie-breaking rule for this draw was applied to profiles at 468 points submitted after June 4, 2020 at 13:39:44 UTC.

This draw marks the fourth consecutive draw to issue a record-high 5,000 invitations. With the high number of ITAs, the CRS score has dropped by a single point to 468. This is the lowest CRS score cut-off in 2020 (for an all-program draw).

This week’s Express Entry draw was the fourth consecutive draw to issue 5,000 invitations. That’s 20,000 invitations in just over one month — shattering all previous records for Express Entry. Although Canadian immigration officials have not announced any sort of rationale behind these massive draws, the increase in ITAs does line up well with the government’s immigration targets for 2021, which aim to welcome more than 400,000 new permanent residents, of whom up to 110,250 may be admitted through Express Entry.

The December 23 draw is also likely to be the last draw of 2020 — unless IRCC breaks the usual schedule of conducting a draw once every two weeks. And, what a way to end the year! With the huge number of ITAs, the CRS score cut-off has fallen to 468 points — the lowest point it’s reached so far this year, with the exception of draws restricted to certain programs.

If 2020 has taught us anything, it’s that the future is difficult to predict, but with the highest immigration targets in history, a record number of Express Entry ITAs being issued, and a mass COVID-19 vaccination campaign rolling out across Canada, there are reasons to be optimistic about immigration to Canada in 2021.

No matter what happens, you can trust we’ll be there to bring you all the Express Entry news you need in the year to come.

CRS score distribution of candidates in the Express Entry pool as of December 21, 2020